Well, I guess you get one in every family.  A BLAck Sheep! Well, here is mine. 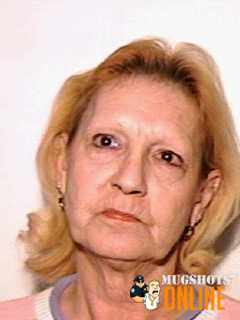 She is my oldest sister, 13 years older.  And I love her very much.  She was so much fun, always laughing, drinking Pepsi  and cleaning her sink so that it shined.  She raised 3 kids, most as a single mom.  She did marry, 3 times, one husband died.  But as life left it's mark, she became more and more depressed, and she solved that problem with drinking and prescription drugs of all sorts.
Suicide trials also became a part of her scene.  It got so bad that the EMT's didn't want to go to her house, they would call me instead.  One day, in front of the EMT's, I gathered all her drugs and the bottles, what was left of them and sat down on her bed and lifted her up and said "Here, Take the rest of these now and let's get this over with".  She was even front page news with her suicides attempts when a neighborhood boy saved her.
We all tried to help her, took care of her kids, gave her money and places to live, cars to drive but she would soon disappear "because she just didn't want to be around family"  (we were Christian and all?)
With her kids grown, she became more and more distant.  She would jump into our lives and jump out.  We started to just realize "well, that's the way she is"  There were good times when she would get help with AA, or a new boyfriend would help her and she would settle down.  But soon some drama would result and things would come crashing down.  She soon followed a boyfriend to Florida, Pompano Beach, and things seem to look up for her.  The sun and great weather, she took up fishing and found new friends at AA.  But soon she stole her boyfriend's car, drove back to Toledo, Ohio with her cats and the cops called me again to do something with her.  My other sister and I got her into housing, food stamps and medical.  But she didn't like it, this was so beneath her.  Something happened (we never know the whole true story) and she left and moved into her daughters low income housing in Inkster, MI.  The downhill spiral soon swallowed her and her daughter up.  Her daughter's daughter, who was on drugs, but maybe they all were, stabbed her mother 17 times.  She lived miraculously, granddaughter got put in jail until 18.  We lost sight of Lynne during this time and haven't seen her since.
It has been 2 1/2 years, I just filed a missing person reports, called the morgues, checked with Social Security, (She is supposedly still getting her checks) We sent her letters through Social Security and no word back.  I filed a fraud report with Social Security also, but if they find anything they will not tell me about it.
I am at a dead end street.
I will just pray and trust God to take care of her.
If you know where she is, or have seen here, please write me.  thanks, Chris

Posted by Dreams can come true! at 9:21 AM No comments: